Human Trafficking involves the commercial exchange and exploitation of humans including forced prostitution and pornography, involuntary labor, servitude and debt bondage. Human trafficking is a growing problem worldwide, recently rising to the second most common criminal activity behind the illegal drug trade. Florida has been identified as a hub for human trafficking activity, citing one of the highest incidences of human trafficking in the country. This crime affects all types of individuals, both foreign and domestic.

Currently, there are approximately 20.9 million people enslaved throughout the world.  Slavery was supposed to end with the Emancipation Proclamation of September 22, 1862. The Thirteenth Amendment, which was enacted on December 18, 1865, officially made ALL slavery illegal in the United States. These statistics show that slavery is still alive and flourishing throughout the entire world.

The mission of FCAHT is to improve and provide outreach and services to victims of human trafficking throughout the State of Florida by developing support programs, networking, coalition building, training, service delivery, and referrals to victims in need.

At a Local level…

Efforts to Combat Human Trafficking in Florida are due to law enforcement, the Florida Coalition Against Human Trafficking, the Center for the Advancement of Human Rights and other service providers located throughout the State.  Florida has been recognized as having some of the highest incidents of human trafficking cases in the U.S. One of these successful cases was U.S. vs. Baldonado, which required cross-agency collaboration. Another notable case prosecuted in Florida is U.S vs. Paulin, in which a 52 year old Haitian National and Miami school teacher Maude Paulin and her husband Saintfort were both found guilty of smuggling and harboring a young Haitian girl, using her as a household servant in their south Florida home between 1999 and 2005. When convicted, Maude Paulins faced a prison term of 87 months, Saintfort faced 18 months and jointly, over $167,000 in restitution was ordered to be paid to the victim.In many areas of Florida, task forces and working groups have been formed to provide trainings and address human trafficking issues in the state.

For more information on how you can help stop human trafficking, click here. 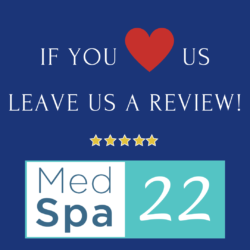